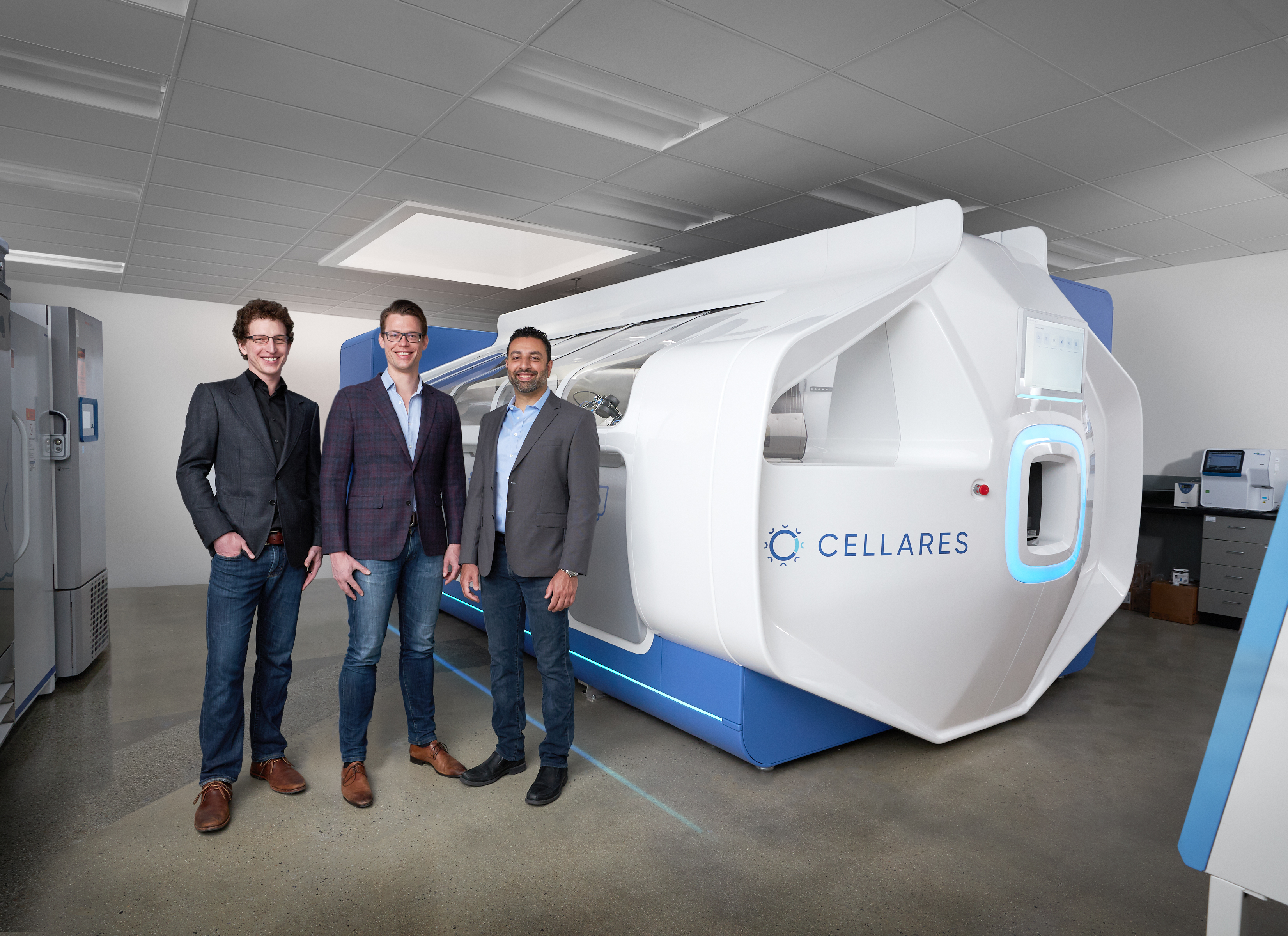 As cell therapies take the cancer world by storm, drugmakers are on the prowl for the latest and greatest ways to produce the complex medicines. Life sciences technology firm Cellares thinks the answer could fit in a box—a factory-in-a-box, to be precise—and the company just raised $82 million to take that work to the next level.

Armed with a fresh series B, Cellares now has $100 million in total funding to develop the Cell Shuttle—a modular, end-to-end cell therapy factory that leverages automation to take in patients’ cells, re-engineer them and quickly turn out a finished product ready for infusion.

Smaller, faster and more flexible manufacturing is key in cell therapy because “the process is the product,” Fabian Gerlinghaus, co-founder and CEO of Cellares, said in an email.

New investor Decheng Capital led the $82 million fundraising round, alongside existing investor Eclipse Ventures. New backer Skyviews Life Science also chipped in, as did previous investor 8VC. Back in 2019, Cellares ginned up an $18 million series A. That early investment was led by Eclipse, with contributions from 8VC and EcoR1 Capital.

Cellares’ Cell Shuttle could hit the market as early as 2023, Gerlinghaus said. Should the tech break into the mainstream, it has the potential to “overcome the biggest obstacles in cell therapy manufacturing today,” he said.

The platform leverages a mix of hardware, software, robotics and consumables, and it can manufacture up to 10 patient doses at once. This “magnitude improvement in instrument throughput” is needed to help scale-out manufacturing from a few thousand doses per drug annually to tens of thousands of doses a year, Gerlinghaus said.

Cellares’ factory-in-a-box is compact, too, requiring about 80% less cleanroom space than what’s needed for manual production, Gerlinghaus said. Since the platform is automated, it has the potential to reduce the amount of human labor required for many cell therapy workflows by up to 75%, he added.

That automation could also “significantly reduce the risk of operator error and contamination”—a crucial consideration when serving severely ill patients who are counting on receiving cell therapies without delay, he said.

Meanwhile, the company’s process design software allows workers to modify manufacturing workflows using in-process data collected “mid-flight.” In this way, Cellares aims to give its customers “the best of both worlds—automation and flexibility,” Gerlinghaus said.

Despite the swift rise of cell therapies, the complex manufacturing process they require is crimping their full potential, Cellares figures. “Most cell therapies today are produced one single dose at a time,” Gerlinghaus said. That “labor-intensive” and “failure-prone” approach is also hard to scale up using manual methods. Each dose is expensive to make and can take weeks to produce, too, involving roughly 50 manual processing steps and around 80 hours of “touch time,” he said.

“This leaves extremely sick patients waiting for treatment as time quickly runs out.”

There are some 450,000 patients now who could benefit from CAR-T cell therapies, with that number expected to jettison into the millions “in a few years time,” Gerlinghaus said in the company’s fundraising announcement. But because of a lack of scalable manufacturing technologies, less than 1% of patients currently have access to these drugs, he said.

Cellares’ fundraising round comes at an exciting time in cell therapy. In February, Bristol Myers Squibb snared a green light from the FDA for its large B-cell lymphoma CAR-T liso-cel, now christened Breyanzi, while its multiple myeloma CAR-T ide-cel won the agency’s blessing in late March. BMS is now marketing that drug as Abecma.

With dual approvals on the docket, BMS swiftly unveiled plans to stand up two new commercial cell therapy factories in Massachusetts and the Netherlands.

Meanwhile, Fujifilm Diosynth recently pegged Holly Springs, North Carolina, as the home of its upcoming, $2 billion cell culture manufacturing plant. The Tokyo-based company expects the factory to be operational by 2025 and will look to employ 725 people there by the end of 2028. And in April, German conglomerate Bayer blueprinted a $200 million cell therapy plant in Berkeley, California, where a separate cell culture facility and cell and gene therapy labs are due to come online later this year.