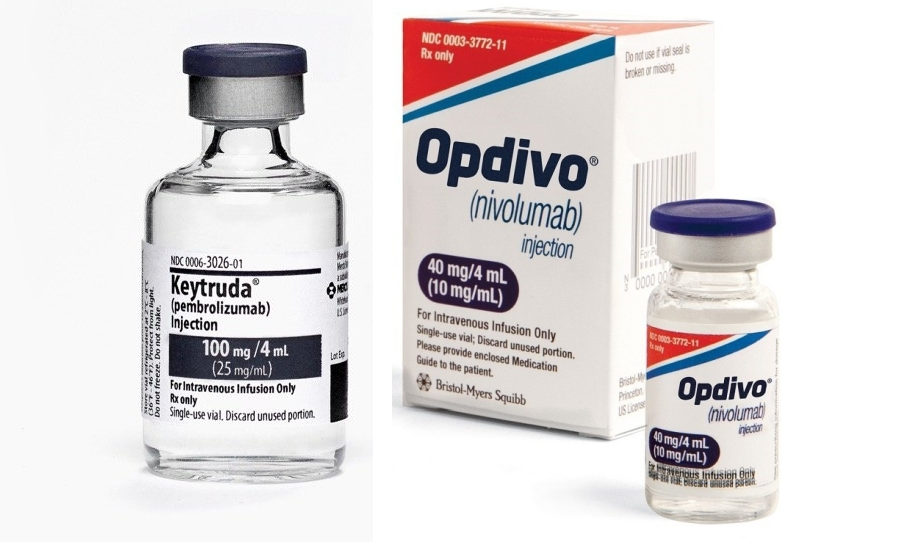 Merck & Co., Roche and Bristol Myers Squibb stepped up this week to defend six FDA approvals for their immuno-oncology drugs. They emerged from a three-day agency panel confab with backing for four of those nods—and rejections for the other two.

After a series of positive votes Tuesday and Wednesday, the oncology advisory committee took a turn Thursday and rejected two conditional PD-1/L1 drug approvals, one for Merck’s Keytruda, the other for Bristol Myers’ Opdivo.

The panel had gathered to review conditional nods granted to the immuno-oncology meds under the FDA’s accelerated approval program. Under that program, the drugs must prove in follow-up trials that they do help keep cancer at bay and ideally, help patients live longer. In all six of the indications discussed this week, the drugs failed those confirmatory trials.

The independent FDA advisers voted 6 to 2 in favor of removing Keytruda’s stomach cancer label and, in a close call, voted 5 to 4 to take Opdivo out of liver cancer previously treated with Bayer’s Nexavar.

In that latter field, Keytruda snagged unanimous support from all eight panelists Thursday; data from another phase 3 trial are imminent, giving the agency another chance to determine whether the drug should keep its approval there.

Liver cancer is believed to be one of the largest disease areas for PD-1/L1 agents by prevalence. Both Keytruda and Opdivo failed the phase 3 trials meant to confirm previous go-aheads under the FDA’s accelerated approval program. Those early nods were based on tumor shrinkage data rather than proof that the drugs help stop cancer from advancing or help patients live longer.

RELATED: What are Merck, Bristol Myers and Roche planning for the big FDA cancer approval review? Here’s our rundown

The experts decided Keytruda’s potential benefits outweigh its risks, despite what looks like a narrow confirmatory trial flop. Although Roche’s Tecentriq-Avastin combo is allowed in newly diagnosed patients and several small-molecule drugs are available in the second line, some patients may not be eligible for those regimens, the experts acknowledged.

What’s more, one of the new confirmatory trials Merck proposed—and the FDA has agreed on—is expected to wrap up at the end of June. The experts figured it makes more sense to wait for that Keynote-394 trial to deliver results, rather than scrapping the indication now.

By contrast, Opdivo narrowly lost its second-line liver cancer case. Several people on either side of the vote pointed out that it was a very close call. Among those who voted no, a common reservation was the lack of a post-marketing trial that could yield relevant data soon.

Bristol’s proposed confirmatory trial, CheckMate-9DX—which is testing Opdivo against placebo after surgery in patients at high risk of recurrence—has already caused the FDA to cock an eyebrow. There could be “some uncertainty” on whether Opdivdo in patients with a low burden of disease “would translate into benefits in the advanced disease setting,” the regulator wrote in a briefing document.

One doctor who voted yes acknowledged the need for a second-line option but admitted the indication might allow “a bit too much wiggle room” in deciding between Opdivo alone or Bristol’s Opdivo-Yervoy dual immunotherapy regimen, which also bears a conditional nod that awaits confirmatory results from CheckMate-9DW.

“Immunotherapy is an important next treatment option for patients who have progressed on [Nexavar] or were unable to tolerate it. We are disappointed with today’s outcome for patients, and we will work closely with the FDA as it completes its review,” Ian M. Waxman, M.D., Bristol’s development lead of gastrointestinal cancers said in a statement.

Stomach cancer is a different story for Opdivo. There, the Bristol Myers drug just celebrated a landmark full FDA approval as the first PD-1/L1 for previously untreated gastric cancer, gastroesophageal junction (GEJ) cancer and esophageal adenocarcinoma after showing it could pare down the risk of death by 20% across these diseases.

It’s a notoriously hard-to-treat cancer type marred with multiple I-O flops. Keytruda’s third-line nod for PD-L1-positive patients is now in danger because it failed confirmatory trials in both the previously untreated patients and those who’ve failed after one round of therapy.

All the no voters for Keytruda in third-line gastric/GEJ adenocarcinoma pointed to Opdivo’s recent nod, noting that the approval changes the treatment landscape. Patients will likely get some form of immuno-oncology drug before they need a third round of treatment, the panelists said.

On top of the relatively moderate response rate in the original trial and the strings of confirmatory trial flops, Susan Halabi, Ph.D., of Duke University Medical Center noted that patients caught in limbo would still have access to Keytruda through a Merck compassionate use program if the label is eventually withdrawn. That combination of factors persuaded her to vote no.

Merck does have a bunch of potential new confirmatory trials in the works, including Keynote-859, which tests Keytruda as an add-on to chemotherapy in previously untreated HER2-negative gastric/GEJ adenocarcinoma.

But Mark Lewis of Intermountain Healthcare worried that none of the proposed studies could definitely determine whether Keytruda monotherapy or sequential I-O treatments would work in the third line.

“While we are disappointed in the outcome of the gastric cancer vote, especially given the discussion of the unmet need that remains for IO-naïve patients who have progressed to needing third-line treatment, we are committed to continuing discussions with the FDA to help ensure access to Keytruda for these patients,” Roy Baynes, chief medical officer of Merck Research Laboratories, said in a statement.

The FDA doesn’t have to follow the committee’s opinion but it often does.