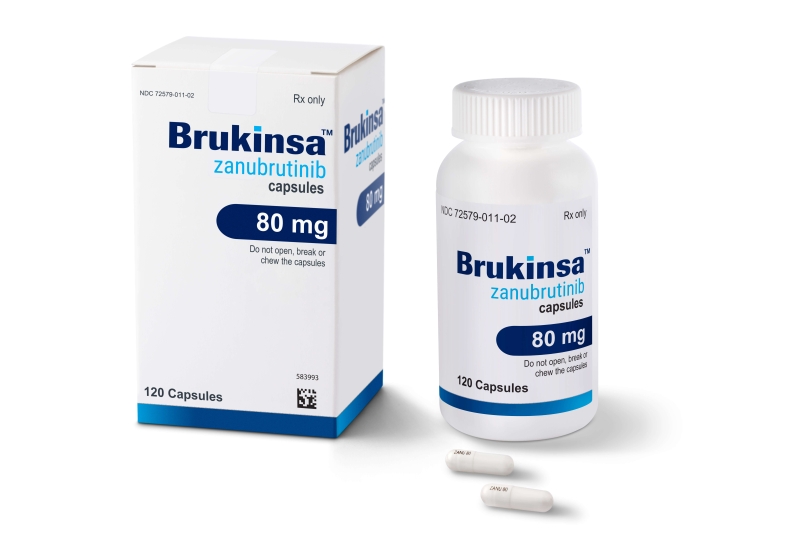 BeiGene’s argument for its BTK inhibitor Brukinsa is that it’s a better drug than AbbVie and Johnson & Johnson’s first-to-market Imbruvica in terms of both efficacy and safety. Now, it appears to have data to back its case—at least in part.

But when it came to the more neutral evaluation by an independent data review committee, the tumor response improvement by Brukinsa didn’t meet the statistical significance bar at the interim analysis.

Despite the mixed findings, SVB Leerink analyst Andrew Berens wrote to investors that the results were “a near best case scenario” for Brukinsa at this point.

BeiGene plans to discuss the data with global regulatory authorities and share the findings at an upcoming medical conference. The trial remains ongoing to see whether Brukinsa can perform better in stalling cancer progression or preventing death. Early signs showed a trend favoring Brukinsa on the progression marker, BeiGene said.

The latest results come from the phase 3 Alpine study, BeiGene’s second ambitious head-to-head trial comparing Brukinsa against Imbruvica. Back in late 2019, Brukinsa failed to outdo Imbruvica in patients with Waldenstrom macroglobulinemia in the phase 3 Aspen trial.

In that study, BeiGene’s newcomer didn’t significantly beat the market leader at clearing all signs of cancer or provoking what’s called “very good” partial response. At that time, Berens noted that BeiGene might have aimed too high in hoping to demonstrate that Brukinsa could double Imbruvica’s response rate. Brukinsa turned in a 28.9% response rate in the study, higher than Imbruvica’s 19.8%.

Compared with Waldenstrom’s, CLL/SLL is a much larger indication. Less than 10% of Imbruvica’s sales came from Waldenstrom’s, SVB Leerink analyst Geoffrey Porges noted in an analysis in late 2019, citing EvaluatePharma data. At the time, he said the Alpine study, which BeiGene just reported, was “likely to be the most significant comparison” between Brukinsa and Imbruvica.

Imbruvica is currently the clear leader within the BTK drug class, with 2020 global sales of $8.43 billion between AbbVie and Johnson & Johnson. By comparison, Brukinsa only brought in $41.7 million last year, its first full year on the market since the FDA go-ahead in late 2019 for previously treated mantle cell lymphoma.

Efficacy is just one side of the story in the competition. In Aspen, industry watchers already noted a generally better safety and tolerability profile for Brukinsa over Imbruvica. With the current Alpine trial, BeiGene has formalized that comparison.

On a secondary endpoint, Brukinsa showed a statistically significant lower risk of irregular heartbeat, an important safety concern that can lead to heart-related problems such as stroke and heart failure. Brukinsa wasn’t the first BTK player to tout such a safety advantage; AstraZeneca in January said its Calquence also topped Imbruvica on that heart safety marker in a CLL trial.

Even though the Brukinsa’s efficacy advantage may look marginal, the safety differences are “clinically and commercially meaningful,” Porges said of the Aspen trial in his earlier note.

The tumor response data from Alpine could score Brukinsa an FDA go-ahead in relapsed or refractory CLL/SLL. And the phase 3 Sequoia study that’s pitting the drug against the combination of bendamustine and rituximab in newly diagnosed patients could also read out top-line data this year.

Even before those regulatory decisions play out, the National Comprehensive Cancer Network already started recommending Brukinsa for both first-line and second-line treatment of CLL/SLL in December.