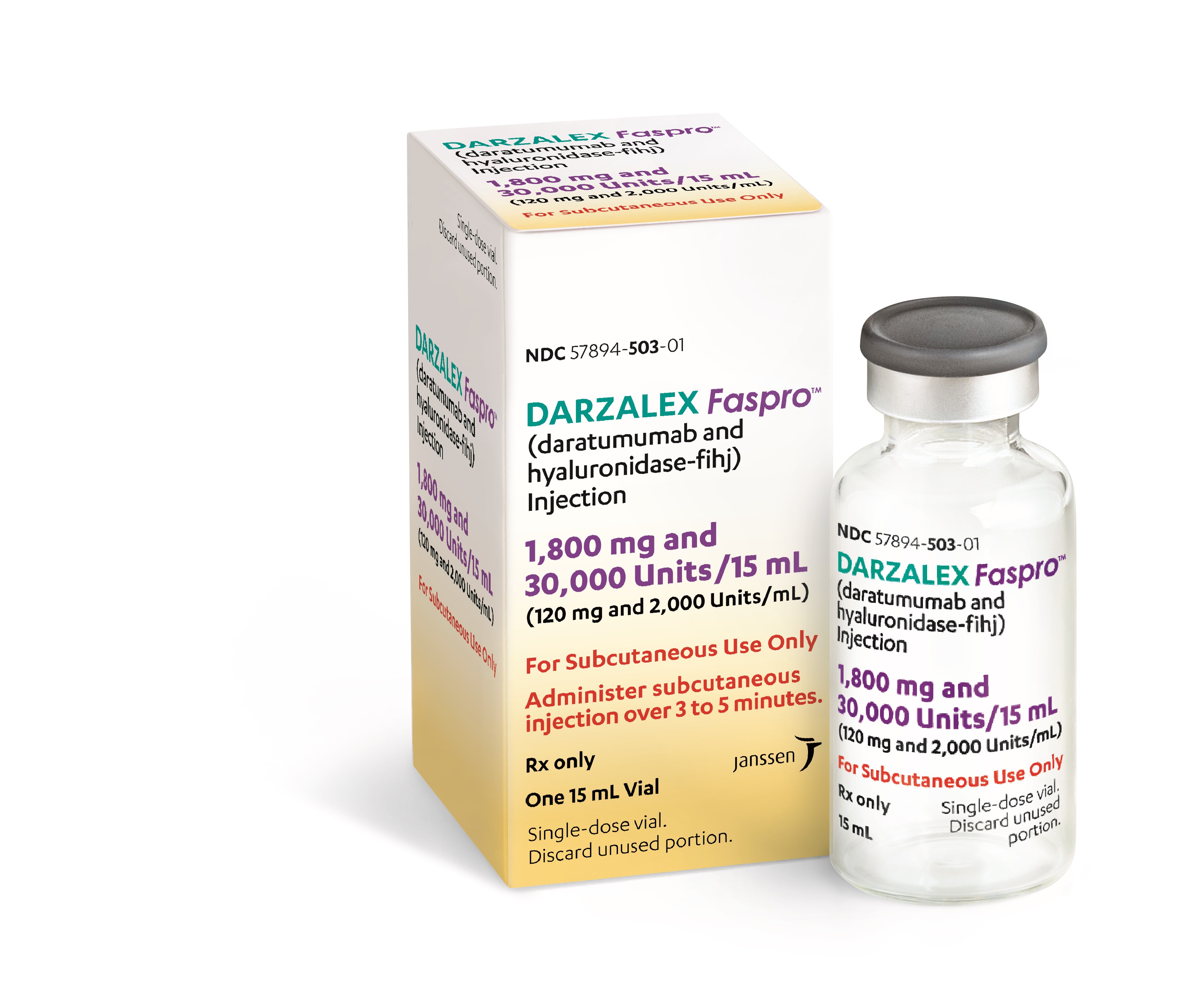 With Sanofi’s Sarclisa hitting multiple myeloma star Darzalex with its first in-class competition, maker Johnson & Johnson is working to convert patients to a newer, more convenient formulation. And some new data just gave that effort a boost, teeing up a label expansion for that subcutaneous offering.

Friday at the American Society of Hematology (ASH) virtual annual meeting, J&J trotted out data showing that adding the new version of Darzalex, called Darzalex Faspro, to a combination of Celgene’s Pomalyst and steroid dexamethasone could cut the risk of myeloma progression or death by 37% compared with the Pomalyst-dexamethasone duo, referred to as Pd, in previously treated myeloma patients.

Darzalex patients in the phase 3 Apollo study lived a median 12.4 months without their cancer worsening, versus just 6.9 months for those in the Pd-only arm.

While the original Darzalex formulation already sports a green light alongside Pd, Apollo could clinch in an additional approval for Faspro, which is already cleared in multiple combinations for both previously untreated and newly diagnosed myeloma patients.

J&J certainly wouldn’t mind having another Faspro indication under its belt, especially with Sarclisa threatening to step on Darzalex’s turf. The French drugmaker’s contender bears its own FDA OK in tandem with Pd, but unlike Faspro, Sarclisa is an infused med that takes much longer to administer.

And so far, doctors and patients both seem to agree. Since Darzalex Faspro first hit the scene in early May, “there’s been some really nice feedback from the clinical community about moving over” to the subcutaneous med, Wildgust said.

Meanwhile, Darzalex Faspro is pushing for new nods outside the myeloma arena, too. Also at ASH, the drug showed that when combined with Takeda’s Velcade, cyclophosphamide and dexamethasone (VCd), it could clear disease from the blood of 53% of newly diagnosed light chain amyloidosis (AL) patients, versus just 18% for VCd alone.

The data back up J&J’s case for FDA approval in the disease, which, if granted, would make Darzalex Faspro the first therapy to win such a distinction. The agency is currently reviewing the New Jersey drugmaker’s application under its Real-Time Oncology Review pilot program.