ASCO: Roche’s Tecentriq grabs I-O’s first win in post-surgery lung cancer, but it’s limited—and an FDA approval could be, too 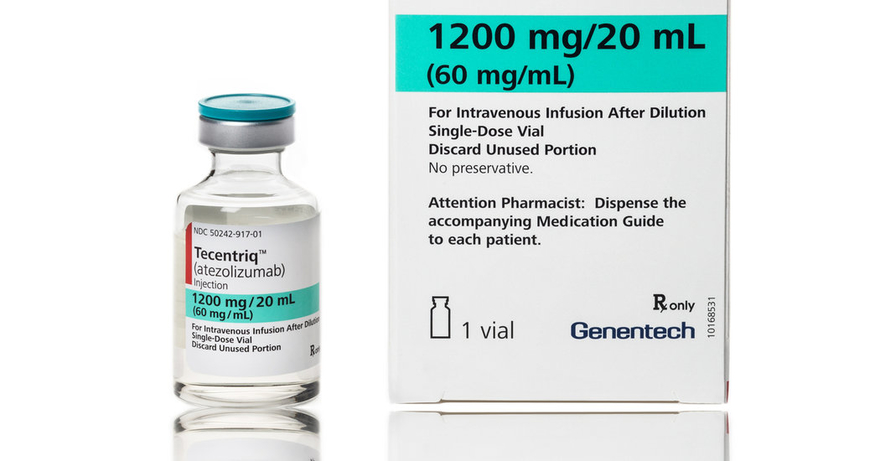 In early cancer that’s amenable to surgery, a field viewed as the next battleground for PD-1/L1 immunotherapies, Roche’s Tecentriq has claimed the first post-operative win in non-small cell lung cancer. But the drug’s role, at least in some patients, remains unclear.

Tecentriq slashed the risk of cancer recurrence or death after surgery by 34% in a study slated for the virtual American Society of Clinical Oncology meeting next month—but only in patients with stage II to IIIA disease whose tumors bore the PD-L1 biomarker.

“Historically, improving a disease-free survival by 20% or 30% has been practice-changing and really meaningful when you’re talking in a curative setting,” Fuchs said in an interview.

But when all patients in the IMpower010 study are counted, the number drops to 19%—raising questions about how broad an FDA approval might be and whether doctors would actually use the drug for post-surgery NSCLC.

Plus, the 34% recurrence reduction rate Tecentriq achieved in the carved-out subgroup was way lower than the 83% AstraZeneca’s small-molecule drug Tagrisso accomplished in patients with EGFR-mutated stage II to IIIA disease in its own phase 3 Adaura trial.

While Tagrisso targets a niche population, physicians are benchmarking their interest in Tecentriq’s post-surgery adjuvant use against the EGFR inhibitor data right now, because data hasn’t yet shown whether either drug can help patients live longer.

RELATED: Roche’s Tecentriq is the first I-O drug to claim a post-surgery win in lung cancer. But will doctors use it?

Fuchs acknowledged the field is evolving but stressed that Tagrisso’s impressive showing was in a small subset of patients, whereas PD-L1-positive disease makes up 40% to 50% of all NSCLC cases. So he called Tecentriq’s 34% improvement as “clinically meaningful” and “practice-changing.”

The next question centers on Tecentriq’s benefit for PD-L1-negative patients. When those trial subjects were counted, Tecentriq’s reduction of disease recurrence dropped to 21%, which is still statistically significant. But the rate fell below the statistical significance bar to 19% once all randomized patients, including those with stage IB disease, were included.

Fuchs suggests that data from the stage IB patients—who made up 12% of the total trial population—are immature at the interim analysis because those patients are healthier; it takes longer for that group to accrue recurrence cases.

During Roche’s first-quarter earnings call a few weeks ago, Roche’s pharma chief Bill Anderson put the size of the market for resectable lung cancer at between $2 billion and $3 billion. But he also acknowledged the uncertainty of whether Tecentriq is for only PD-L1-positive patients or for all patients. He said he expects more mature disease-free survival data to answer that question.

Roche is now talking to the FDA and the European Medicines Agency to see “what we collectively think is in the best interest of patients” in terms of a potential label for Tecentriq’s NSCLC adjuvant use, Fuchs said.

As Roche awaits key life extension data from the IMpower010 trial, a recent survey by Jefferies analyst Peter Welford suggested that almost all physicians would rather wait until that data emerge to consider using a PD-1/L1 therapy in that group.

One reason for caution is the uncertainty of whether PD-1/L1 inhibitors will work in metastatic cancer patients who were treated with one of the drugs early on. It’s possible that physicians might reserve PD-1/L1 for more advanced disease; Merck’s PD-1 inhibitor Keytruda combined with chemo has become the standard of care for front-line treatment of metastatic disease because it’s proven to help patients live longer.

The question of sequential PD-1/L1 use needs to be addressed, Fuchs said, but he stressed the importance of advancing the landscape of cancer immunotherapy beyond the PD-1/L1s.

Meanwhile, other PD-1/L1 players are also targeting adjuvant NSCLC. These include Ketyruda’s Keynote-091 trial, which is expected to deliver data later this year.