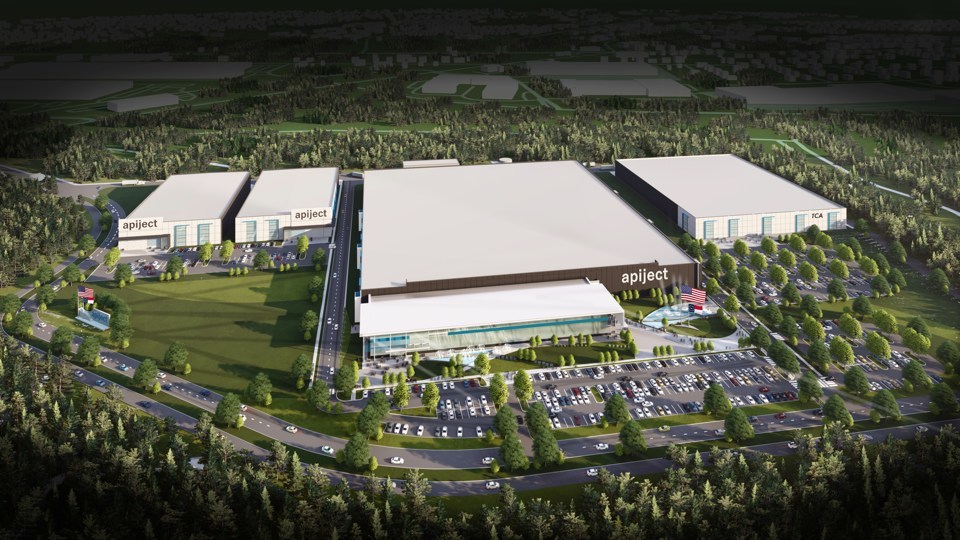 As a number of COVID-19 vaccines race toward the regulatory finish line, the U.S. government is looking to shore up its fill-finish prospects through a massive investment in Stamford, Connecticut’s ApiJect Systems—maker of a plastic, pre-filled injector designed to ween the nation off its glass vial and syringe habit.

ApiJect on Thursday was approved by the U.S. International Development Finance Corporation (DFC) for a $590 million loan to boost capacity for its single-dose, pre-filled injectors by up to 3 billion devices per year. The cash will fund the construction of a multi-facility campus in Triangle Park, North Carolina, designed to speed up the packaging process for high volumes of injectable drugs and vaccines in a national emergency—starting with the COVID-19 pandemic, the company said in a release (PDF).

The 1,000,000-square-foot campus will host the company’s so-called ‘ApiJect Gigafactory,’ set to feature the “world’s largest pharmaceutical fill-finish facility,” with capacity for around 250 million doses per month, ApiJect said.

The Gigafactory would be able to handle vaccines requiring standard cold storage, as well as those in need of ultra-cold storage down to -70 degrees Celsius (-94 degrees Fahrenheit)—the temperature needed to keep Pfizer and BioNTech’s mRNA-based vaccine hopeful, BNT162b2, stable. ApiJect said it further plans to isolate each manufacturing line, enabling up to 15 different drugs to be packaged simultaneously.

Beyond fill-finish lines, the campus will also house two special-purpose drug manufacturing facilities, pegged to crank out the next generation of antibiotics and cytotoxic drugs, as well as an onsite factory for production of needles and cannulas—tubes inserted into the body to drain or deliver fluids, the company said.

This latest cash infusion complements ApiJect’s previous, $138 million contract with U.S. Department of Defense and the Department of Health and Human Services to scale up its injector production under the Trump Administration’s Operation Warp Speed vaccine program. That deal, inked in May, saw ApiJect team up with The Ritedose Corporation (TRC), based in Columbia, South Carolina, to repurpose and upgrade a TRC facility to support fill-finish capacity for up to 45 million drug or vaccine doses per month.

The more than half-a-billion loan isn’t without its critics, however. ApiJect’s injector device, meant to offer an alternative to traditional glass vials and syringes, is still waiting on FDA approval. While it’s sensible to have a backup plan for glass vials—already reported to be in low supply earlier this year—the fact that the government is investing so heavily in an unproven technology is cause for concern, Nicole Lurie, a strategic adviser at the Coalition for Epidemic Preparedness Innovations and former assistant secretary for preparedness and response at the Department of Health and Human Services, told NPR.

“The challenge that I see is that it is a completely untested technology, and it is not clear to me what kinds of conversations ApiJect has had with the FDA or any other regulators,” Lurie said. “What testing has been done to ensure that the materials inside the containers don’t interact with the compounds of various vaccines? They probably need to be tested for each vaccine and especially each vaccine platform.”

ApiJect’s technology has been used in the liquid pharmaceutical space for years, though never before for such a grand vaccine undertaking. Meanwhile, the company has been working with the FDA and is “through all the hard parts,” Jay Walker, executive chairman of ApiJect, told NPR.