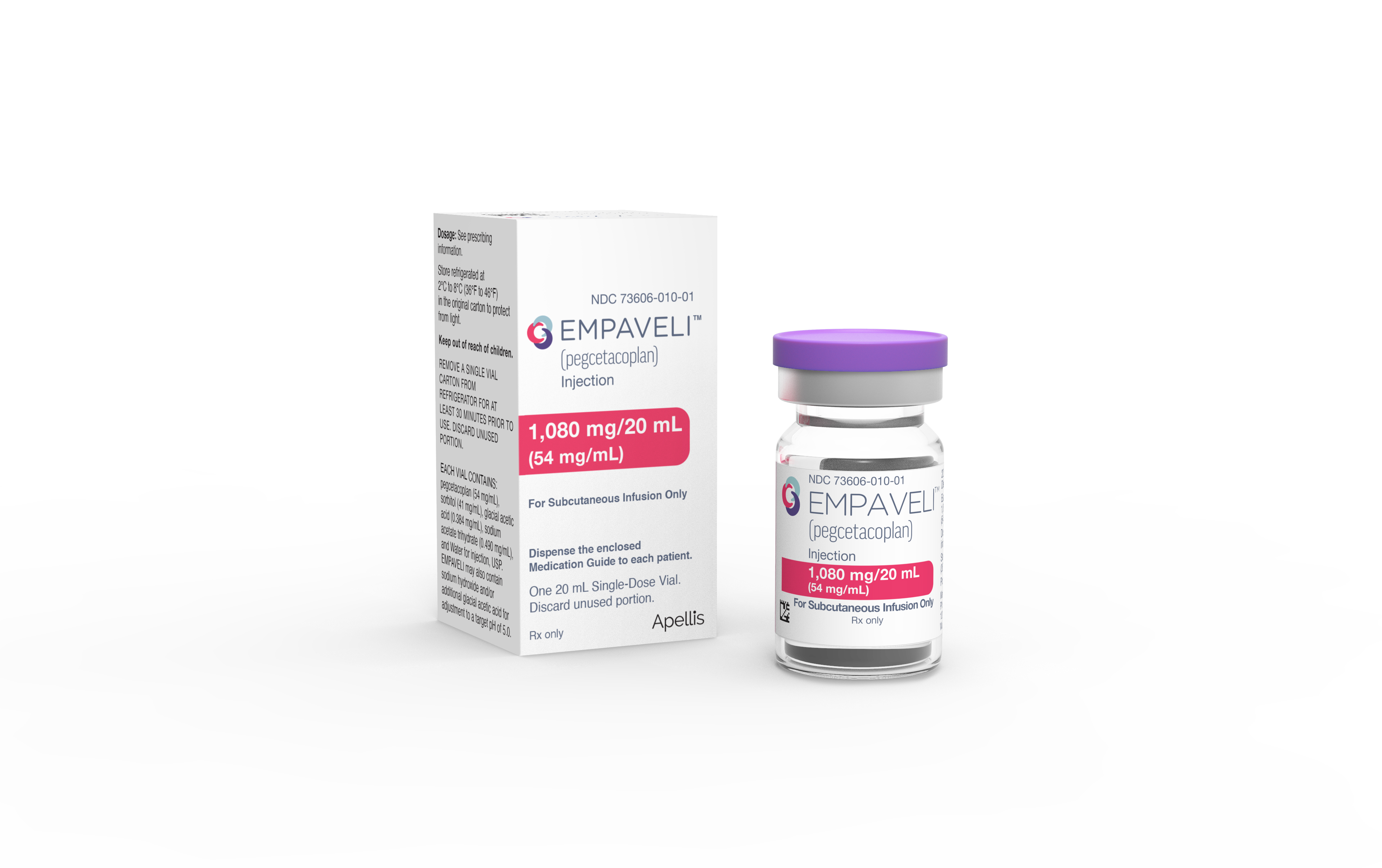 Less than two weeks after the FDA approved Apellis’ C3 inhibitor pegcetacoplan, marketed as Empaveli, for patients with a rare blood disorder known as paroxysmal nocturnal hemoglobinuria (PNH), the company is touting late-stage data that show its drug can help patients regardless of prior treatment status.

The phase 3 trial, dubbed PRINCE, tested Empaveli in PNH patients who were treatment-naïve, meaning they hadn’t received complement inhibitors such as Alexion’s Soliris and its follow-up drug Ultomiris, within three months prior to the study.

PNH is a rare, chronic blood disorder characterized by the destruction of healthy, oxygen-carrying red blood cells. The destruction is driven by an uncontrolled immune system and defective bone marrow not making enough blood components. Apellis’ C3 therapy, which targets a different enzyme than Alexion’s C5 inhibitors, is designed to regulate that excessive immune response.

RELATED: Can a small biotech challenge Alexion’s Soliris? With Empaveli’s FDA nod, Apellis can give it a try

“Combined with previous studies, these results emphasize the potential of Empaveli to provide disease control for all adults with PNH regardless of prior treatment,” Apellis Chief Medical Officer Federico Grossi, M.D., Ph.D., said in a statement.

Previously, the biotech only had phase 3 data showing Empaveli could help PNH patients who had been treated with industry heavyweight Soliris. Apellis was able to move forward with its FDA application without the PRINCE data thanks to the positive results from its original study, CEO Cedric Francois, M.D., Ph.D., told Fierce Pharma in an interview earlier this month.

In the end, Apellis didn’t need the PRINCE trial data for its U.S. approval: The FDA earlier this month gave Empaveli a full green light for both treatment-naïve PNH patients and those switching from other C5 inhibitors. The company has partnered with rare disease company Sobi for Empaveli’s commercialization outside the U.S.

With the new data, Apellis may be able to convince some doctors to start patients with its medicine. Still, it’ll be going up against Alexion’s entrenched position on the market, and Chief Commercial Officer Adam Townsend previously told Fierce Pharma the company plans to aim its initial marketing efforts at patients who don’t fully respond to existing medicines.

Apellis could have an uphill battle on its hands against Soliris and Ultomiris. Those two drugs together reeled in $5.1 billion in sales last year, the bulk of Alexion’s total revenue. That’s not to mention an oral candidate from Novartis, known as LNP023, which could also end up vying for a slice of the PNH market.