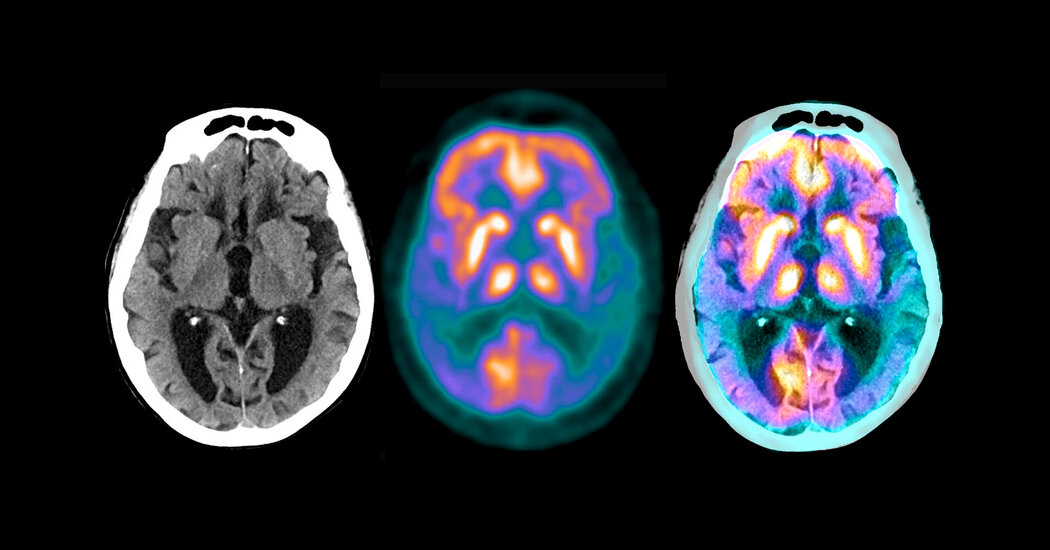 In a small clinical trial, an experimental Alzheimer’s drug slowed the rate at which patients lost the ability to think and care for themselves, the drug maker Eli Lilly announced on Monday.

The findings have not been published in any form, and not been widely reviewed by other researchers. If accurate, it is the first time a positive result has been found in a so-called Phase 2 study, said Dr. Lon S. Schneider, professor of psychiatry, neurology and gerontology at the University of Southern California.

Other experimental drugs against Alzheimer’s were never tested in Phase 2 trials, moving straight to larger Phase 3 trials, or failed to produce positive results. The Phase 3 studies themselves have repeatedly had disappointing results.

The two-year study involved 272 patients with brain scans indicative of Alzheimer’s disease. Their symptoms ranged from mild to moderate.

The drug, donanemab, a monoclonal antibody, binds to a small part of the hard plaques in the brain made of a protein, amyloid, that are hallmarks of Alzheimer’s disease. Patients received the drug by infusion every four weeks.

Participants who received the drug had a 32 percent deceleration in the rate of decline, compared with those who got a placebo. In six to 12 months, plaques were gone and stayed gone, said Dr. Daniel Skovronsky, the company’s chief scientific officer. At that point, patients stopped getting the drug — they got a placebo instead — for the duration of the study.

The small study needs to be replicated, noted Dr. Michael Weiner, a leading Alzheimer’s researcher at the University of California, San Francisco. Still, “this is big news,” he said. “This holds out hope for patients and their families.”

Eli Lilly did not release the sort of pertinent data needed for a thorough analysis, Dr. Schneider said. For example, the company provided only percentages describing declines in function among the participants, not the actual numbers.

The company will provide those data at a subsequent meeting and in an article in a medical journal, Dr. Skovronsky said. Eli Lilly got the results on Friday and was required to report them immediately, he said, because the results can affect Lilly’s stock.

Dr. Schneider, who served on an independent data safety and monitoring board for the study, said he was not permitted to reveal any more data than the company provided.

Pharmaceutical companies have spent billions of dollars testing anti-amyloid drugs to no avail, leading many experts to believe that the hypothesis is wrong — or that the only way to treat Alzheimer’s is to start very early, before there are any clinical signs of disease.

The Eli Lilly trial recruited patients not based on symptoms but on scans showing significant accumulations of amyloid in their brains. The researchers also performed scans for a protein, tau, that forms spaghetti-like tangles in the brain after the disease gets started.

“We needed mild to moderate tangle pathology, but not so many tangles that perhaps the disease is beyond hope,” Dr. Skovronsky said.

The primary endpoint, or goal of the trial, was a measurement that combined performance on mental tests of reasoning and memory with assessments of how well the participants performed in activities of daily living, like dressing themselves and preparing meals.

The main side effect was one regularly seen in patients given experimental monoclonal antibodies to treat Alzheimer’s: an accumulation of fluid in the brain. It occurred in close to 30 percent of patients, Dr. Skovronsky said, but most had no symptoms. The effect was seen on brain scans.

While the trial was going on, Eli Lilly started a second Phase 2 trial, Trailblazer 2, hoping that the initial effort would produce results. Those results are expected in 2023.

Dr. Skovronsky said Eli Lilly would be talking to the Food and Drug Administration and regulatory authorities in other countries about helping patients gain access to the drug.

“Certainly the data are exciting,” he said. “But we will have to see what the regulators say.”

He has been hoping for 25 years for definitive evidence that the amyloid hypothesis is correct.

“This is what we’ve been waiting for,” Dr. Skovronsky said.