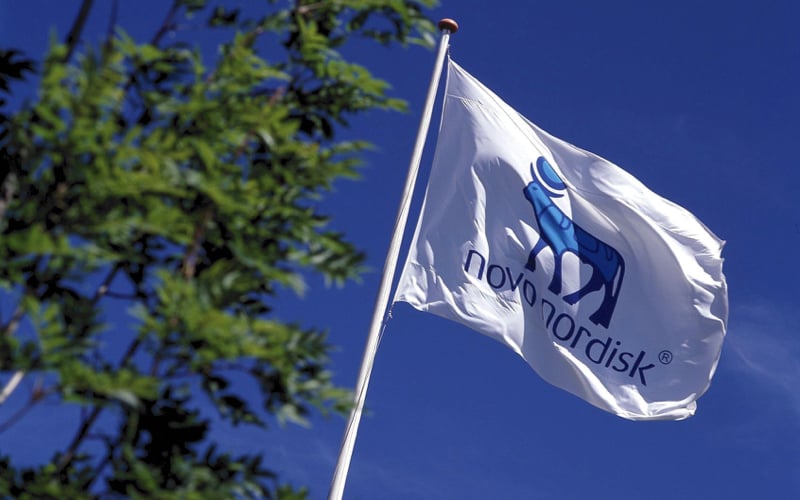 Novo Nordisk has started the year on solid footing, thanks in no small part to its GLP-1 portfolio in Type 2 diabetes. With top earner semaglutide due for a decision in obesity this June, the company is gearing up for a busy second half to the year.

Reaching that untapped market will prove challenging, for sure, but the insulin giant is now in “full go mode” on the promotional front, Novo’s Doug Langa, executive vice president for North America, said in an interview.

For the first three months of the year, Novo’s total revenues clocked in at 33.8 billion Danish kroner ($5.46 billion), rising 7% at constant exchange rates. Notably, the company’s GLP-1 products, comprised of Ozempic, Rybelsus and Victoza, leapt 13% to 11.3 billion Danish kroner ($1.82 billion). That was welcome news for the company, considering Novo posted a 7% decline in insulin sales.

The company’s existing weight loss med Saxenda reeled in about $250 million for the quarter. Around 100,000 patients are on Saxenda today, Langa said, but that’s nothing compared to the market the company could unlock if diabetes mainstay semaglutide wins a coveted nod in obesity this summer.

Novo is seeking approval for a 2.4-mg dose of semaglutide—more than double what’s typically prescribed for diabetes, where the drug is approved as Ozempic. Novo also markets an oral version with Rybelsus.

There are some 100 million people in the U.S. suffering from obesity and around 650 million worldwide, Langa said. Despite that potential, it’s a largely open field—and a difficult one to break into, he added.

“Stigma and bias, reimbursement, the number of healthcare professionals that are actually prescribing and then, importantly, having patients seek treatment—those are all big hurdles to get over,” Langa said. The company views those obstacles as “market development opportunities,” he added.

Part of the effort hinges on obesity simply winning recognition as a disease that requires treatment—something Novo’s been working to accomplish for more than 10 years, Langa said. “It’s the only disease that when spoken about, people look away. It’s a disease people whisper about.”

While there are already a few obesity treatments on the market, semaglutide holds a clear advantage, Langa figures. Treating the disease “does take an element of diet and exercise, but there’s also a pharmacological component to it that we know works and we see that in the clinical trial results.”

In data from a phase 3 trial unveiled in February, Novo showed that semaglutide helped one-third of patients lose more than 20% of their body weight over the course of a 68-week study. The average subject lost more than 33 pounds, and many saw improvements in risk factors for diabetes and heart disease. Saxenda, by comparison, helps patients lose around 5% of their body weight on average.

As a potential approval looms, Novo has “been laying the groundwork” for its launch, Langa said. That includes education efforts, key opinion leader development and market access. The company is in “full go mode” when it comes to prepping its sales teams, and it has already started working with payers where it can, Langa said. Meanwhile, he says the company will leverage a mix of digital and in-person outreach as it continues to navigate the pandemic.

One unexpected boost from the pandemic? “This association with COVID-19 and having an increased risk if you had obesity or diabetes or other serious chronic illnesses—I think that that brought an awareness to not only diabetes and the seriousness of it, but also obesity in particular,” Langa said.

After a strong first quarter, Novo is forecasting sales growth this year of 6% to 10% in local currencies, up from its previous estimate of 5% to 9%.

Editor’s note: This story has been updated to reflect the fact that semaglutide 2.4 mg in obesity will not be called Ozempic.