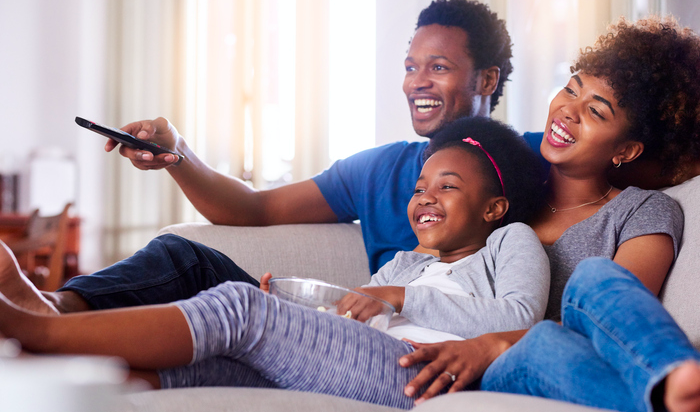 AbbVie’s Humira drop didn’t last long. While the blockbuster immunology med dropped out of the No. 1 pharma TV spending spot in March, it bounced right back in April.

AbbVie spent almost $23 million on national media buys for Humira, according to real-time TV ad tracker iSpot.tv, which landed it squarely atop the list again—just as it has quite reliably over the past five years.

Humira debuted a new commercial in April for its Crohn’s disease and colitis indication, featuring two young women recording a podcast in a garage. It ran just one spot in combined rheumatoid arthritis and psoriatic arthritis, but hasn’t fielded it in the last two weeks. The ad’s airing tracks with AbbVie’s shift in advertising direction toward newer meds Skyrizi for psoriasis and Rinvoq for rheumatoid arthritis and away from Humira in some indications.

Both of those newer AbbVie drugs also landed in the top 10 among pharma TV spenders with Rinvoq at No. 5 and Skyrizi at No. 6.

Johnson & Johnson’s psoriasis fighter Tremfya continues on the list with its bold campaign launched a few months ago, while Otsuka and Lundbeck’s depression med Rexulti rejoined the ranks on the strength of a new commercial that made its debut earlier this year.

Overall spending continues to normalize after a big-spender fall and winter. The total spending for the top 10 pharma TV advertisers in April was $147 million, almost the same as March’s $148 million total.

1. Humira
Movement: Up from No. 3
What is it? AbbVie anti-inflammatory drug
Total estimated spending: $22.6 million (up from $19.6 million in March)
Number of spots: Four (One for arthritis/psoriasis, three for ulcerative colitis/Crohn’s)
Biggest-ticket ad: “Body of Proof: Drums” with COVID help message (est. $10 million)

2. Dupixent
Movement: Down from No. 1
What is it? Regeneron and Sanofi’s IL-4 and IL-13 anti-inflammatory
Total estimated spending: $20.2 million (down from $24 million in March)
Number of spots: Eight (Five for atopic dermatitis, three for asthma)
Biggest-ticket ad: “Roll Up Your Sleeves: Shawn, Ore and Jennifer” (est. $8 million)

3. Rybelsus
Movement: Down from No. 2
What is it? Novo Nordisk oral GLP-1 diabetes med
Total estimated spending: $18.6 million (down from $19.9 million in March)
Number of spots: Two
Biggest-ticket ad: “Wake Up to Possibilities” (est. $16.2 million)

5. Rinvoq
Movement: Up from No. 6
What is it? AbbVie JAK inhibitor to treat RA
Total estimated spending: $13.3 million (up slightly from $12.2 million in March)
Number of spots: Three
Biggest-ticket ad: “Your Mission: Motorcycle” (est. $13.2 million)