‘367 genome sequences of B.1.617 variant reported from Gujarat’ – ET HealthWorld

Ahmedabad: The B.1.617 variant of Covid-19, first reported from India and currently the dominant variant in several other countries, has reported 3,316 genomic sequences from the country according to GISAID portal, an international platform to report the genomic data. According to the platform, Gujarat recorded 367 sequences of the variant, second only to Maharashtra’s 1,289 among Indian states.

The GISAID data claimed that in the past four weeks, 71% of the total sequencing from India indicated B.1.617 variant.
In fact, the analysis by Gujarat Biotechnology Research Centre (GBRC) – available on its website – indicates that among the sequencing carried out during the second wave, B.1.617.2 is found to be dominant. It confirms the national trend where states like Kerala, Andhra Pradesh, Telangana, Karnataka, Uttar Pradesh, Delhi, Maharashtra, Bihar, etc. are recording more cases of the sublineage of B.1.617.2.

The GBRC data indicated that the B.1.617.2 is found from the samples taken from Ahmedabad, Surat, Vadodara, Gandhinagar, Tapi and Navsari, whereas B.1.617.1 is found in samples from Surat, Vadodara and Gandhinagar. The third sublineage B.1.617.3 is not reported in Gujarat, and is seldom seen in India, said experts.

So does the sublineage change the virus’ property? Dr Urvesh Shah, professor and head of the pathology department at GCS Medical College, said that T478K mutation is found on the genome of B.1.617.2 and not on other B.1.617 variants. “The mutation takes place on the S1 gene of the virus. The overall variant is more virulent and infectious compared to other variants – but when it comes to sublineage, it doesn’t make much difference in terms of symptoms or medical treatment,” he said. “Having said that, understanding the sublineage can help understand the spread of a specific mutation, and it should be studied.”

Along with Gujarat, several other parts of India reported change in pattern of the pandemic where the entire families got infected – something not seen during the first wave – along with higher infectivity among working age population, changed symptoms like diarrhoea and several patients having negative RT-PCR reports but treated for Covid due to lung infection. Experts attributed the change to new variant. 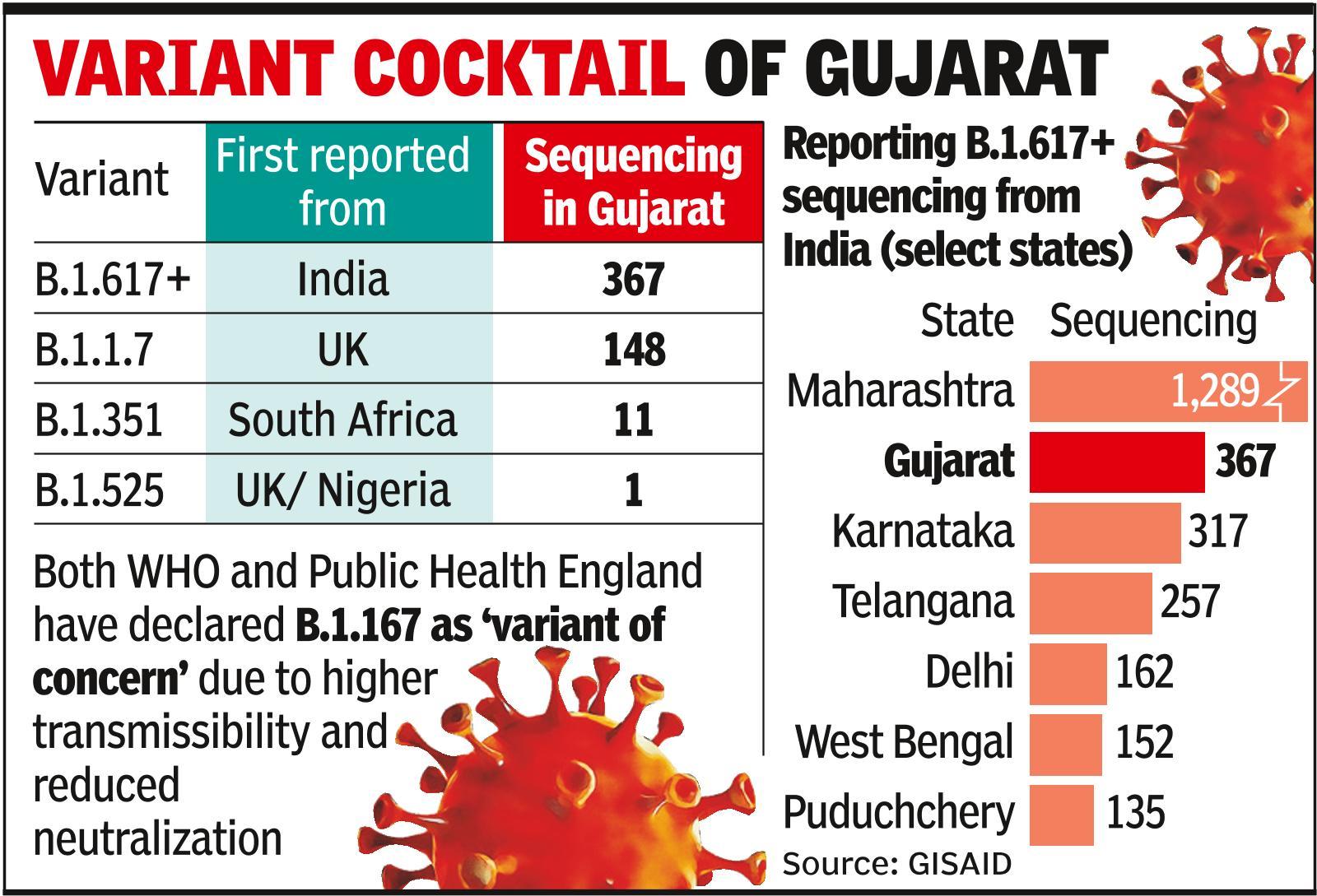